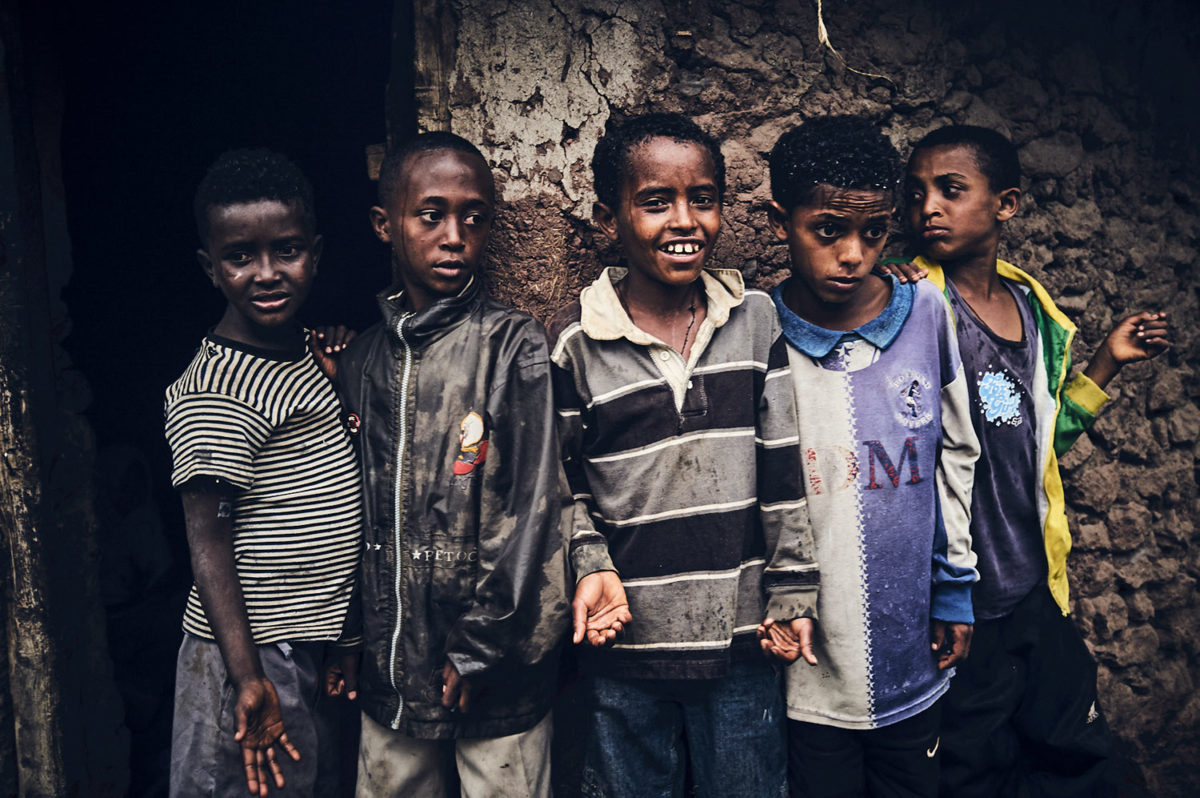 Ethiopia was in my focus a few years ago, when I worked on my diploma thesis, which analysed the costs and benefits of fairtrade coffee. This time my interest was dedicated to the coffee farmers themselves and their story. Having read a lot in advance about Ethiopia it helped to develop the questions and connections needed to dive deeper into the country. One conclusion can be advanced: To fight green hunger farmers need flexibility to adapt to climate change, differentiate crops for their own community and organize in cooperations to support technical and social development of agricultural exports like coffee.

The development of Ethiopia could be described as in transition between tradition and industrialization. Ethiopia being one of the biggest countries in african coffee production, its natural factors offer ideal grounds for agricultural production, a sector in which 85% of the population are working in. Between wooden ploughs with oxen and high tech Learjet’s. Most of the 82 million inhabitants are farmers  in a country full of opportunities and rich in resources. As most of the developing countries the exports rely mostly on primary goods, such as coffee, livestock and khat. Ethiopia is a the most important coffee exporter in Africa, and earned 840 Mln. US-Dollars with their Arabica and Specialty coffees. Coffee exports account for around 60% of Ethiopian total exports.

Coffee is, after oil, the second most traded commodity in the world. One might suggest that the wealth of the coffee exporting countries might be as shimmering as in the oil-based economies. But its not even likely.

East-Africa is suffering from starvation. Infrastructure is a major problem. Foreign Trade in some ways as well. At the same time when the corn carrying cargo ships of the World Food Program arrive in Djibouti (which is the closest port for sea-trade), others full of rice and other agricultural goods are leaving for Saudi-Arabia and Asian countries.

There is a saying: “The Ethiopian hopes for a lot of rain in Canada.”

Economically seen the question is, how can the potential in the rural and remote areas be strengthened? How can the Farmers themselves emancipate from economic dependencies?

One key is education. Education that is given locally to those who actually are in demand. Bringing solutions and knowledge in order to improve the lives of the people, by improving the quality of their products and diversifying their portfolio. For example to produce a specialty coffee than only the poorly processed and thus poorly paid standard quality coffee.

If the farmers cannot make a decent living by what they do, they will migrate and leave their habitats. Causing the rapid growth of mega cities and shelters.

Fair Trade is better than Aid.

For a fair trade, not only as a label, the African economies need to be taken seriously and they need to take their economic education and empowerment as much as serious.

Over there it felt like I even found the story of Caldi, who was a Ethiopian herdsboy in the Caffa region. His goats were acting strangely after consuming the red berries of a coffee tree. They pointed him to the magic of the coffee beans and their stimulus.